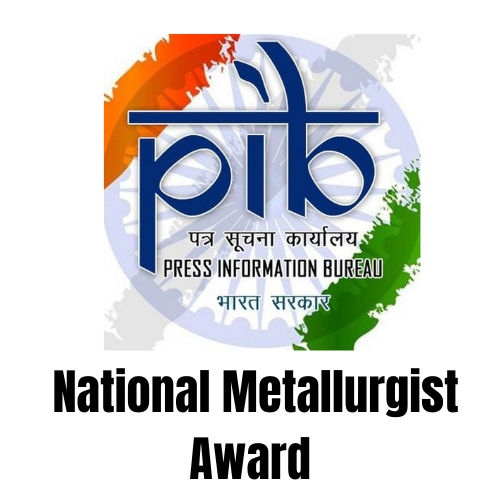 ✅ Approval by the Ministry of Steel for the National Metallurgist Awards.

✅ The National Metallurgist Awards, 2022 has been approved by the Ministry of Steel, to recognise the contributions of metallurgists in the Iron & Steel sector.

✅ Nominations for the award shall be invited online through the NMA portal.

✅ The awards ceremony is held every year on 3 February.

✅ On 3rd February 1959, Dr Rajendra Prasad commissioned the first blast furnace in the country, at Rourkela.

✅ The National Metallurgist Awards have been instituted to recognise the contribution of metallurgists in the metallurgical field under the following categories :

🔸 Award for R&D in Iron and Steel Sector

♻️ Background of the awards :

✅ The National Metallurgy Day Awards was instituted in 1962 by GoI’s Ministry of Steel & Mines in order to encourage metallurgy in India.

✅ The awards are presented annually.

✅ As per the direction from MHA, it is proposed to change the name of the awards, to make it more stringent so as to enhance its stature.