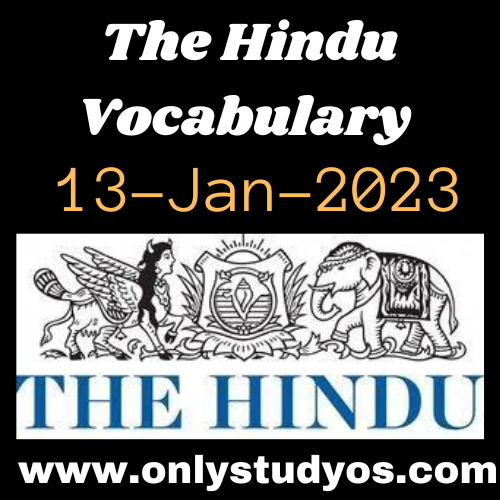 1-Reckless(Adjective) : लापरवाह : Marked by lack of proper caution : careless of consequences
Synonyms: Rash , Heedless
Antonyms : Cautious , Careful
Example Sentence: He showed a reckless disregard for the safety of others.

3-Emblematic(Adjective) : प्रतीकात्मक : Serving as a symbol of a particular quality or concept; symbolic
Synonyms : Exemplary , Representative
Example Sentence: A sword is emblematic of power gained by violence.

5-Sag(Verb) : झुकना: To bend or sink lower
Synonyms : Slump , Hang
Antonyms : Stiffen
Example Sentence: The shelf sagged under the weight of so many books.

7-Plunder(Verb): लूटपाट करना : To steal goods forcefully from a place, esp. during a war
Synonyms : Pillage , Rob
Antonyms : Preserved
Example Sentence: After the battle the soldiers began looting and plundering.

8-Prone(Adjective) : Likely to suffer from something or to do something bad
Synonyms : Initiator , Supporters
Example Sentence: The instigators of the disturbance have not yet been identified.

9-Strata(Noun): स्तर : A layer of material, naturally or artificially formed
Synonyms : Layers
Example Sentence: I detest using these terms, but they do describe the different stratas of our society.

10-Washing its hands(Idiom): Intentionally stop being involved in it or connected with it in any way
Example Sentence: I’ve done all I can for him, and now I’m washing my hands of him.